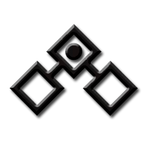 The project itself is part of the Replica program designed to create psychic commanders without the use of Alma Wade. Inductees are fitted with several psychic amplifiers called "diodes," which are attached to the brain stem and spinal cord. During this procedue, the subjects are also given several compounds used in Project Icarus to increase agility and strength. Once the subject has recovered, he is placed in the Telesthetic Attunment Chamber, or T.A.C., which connects his mind to the target. However, this project was not successful, and in most cases the subject's mind would degrade from sensory overload. The results are the enemies faced called "Abominations," who, while they can control Replicas, are not able to be controlled themselves.

As stated above, the majority of Dark Signal were identified as Harbinger candidates, but later on the purpose of Harbinger was changed by Genevieve Aristide from being able to command the Replicas, to being "bait" for Alma. It seems that Becket is the only one to have actually fully undergone the entire process in F.E.A.R. 2: Project Origin, explaining Alma's obsession with him and why Replicas around him activate and pursue him.

In F.E.A.R. 3, Paxton Fettel also mentions the project after he possesses Michael Becket at the Port Authority Airport to get information where his mother might be.